While no cure currently exists for Fabry disease, Yuki and Junji hope to work with pharmaceutical companies and the general public to help educate and advocate for medicines that target rare diseases. 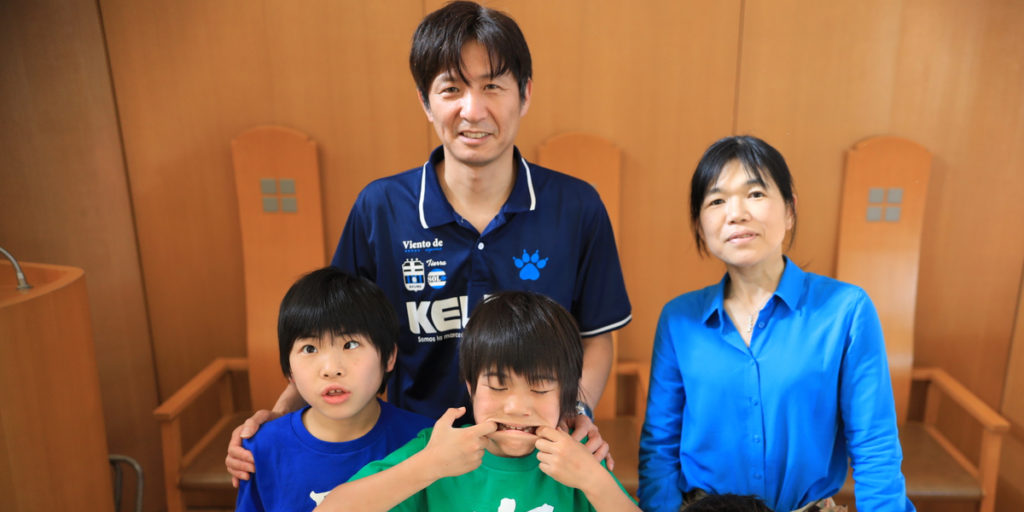 Teruki (age 6) readies himself, calculating his approach before taking a shot on net. Guarding the goal is his older brother, Daichi (age 9), a friend at times, though more often a worthy opponent. The two have been provoking each other all morning and the intensity in Teruki’s stare says he’s about to settle it. With a dramatic windup, Teruki kicks hard—too hard—and the ball ricochets off a back wall before Daichi even has a moment to react. Just then, their oldest brother, Souto (age 11), appears and quickly takes control of the ball, dribbling around his younger siblings in a clear example of superior skill. Undeterred, Teruki runs off in search of their youngest brother, Tokiya (age 4), who is perfectly content playing non-competitively with toy trucks and animals.

A family with four boys is like a never ending circus: skateboarding, hanging upside down, arguing over snacks and lining up to ride on Dad’s shoulders. All day the brothers run like rascals through the park, climbing fearlessly up the trunks of trees and, laughing wildly—their gapped-toothed smiles flashing the joys of childhood. Yuki and Junji are affectionate and playful parents and a loving support to one another. They imbue the boys with an encouraging sense of optimism and model a high degree of tolerance for their many antics. Their approach to parenting is especially poignant given that Yuki and the three oldest boys live with Fabry disease, a rare and progressive genetic disorder that may cause numbness and burning pain in the body, especially in the extremities, and may affect the functioning of the heart, kidneys and other bodily systems. For the Yoshie family, Fabry disease is an intergenerational story, one that is woven like threads throughout the family fabric. 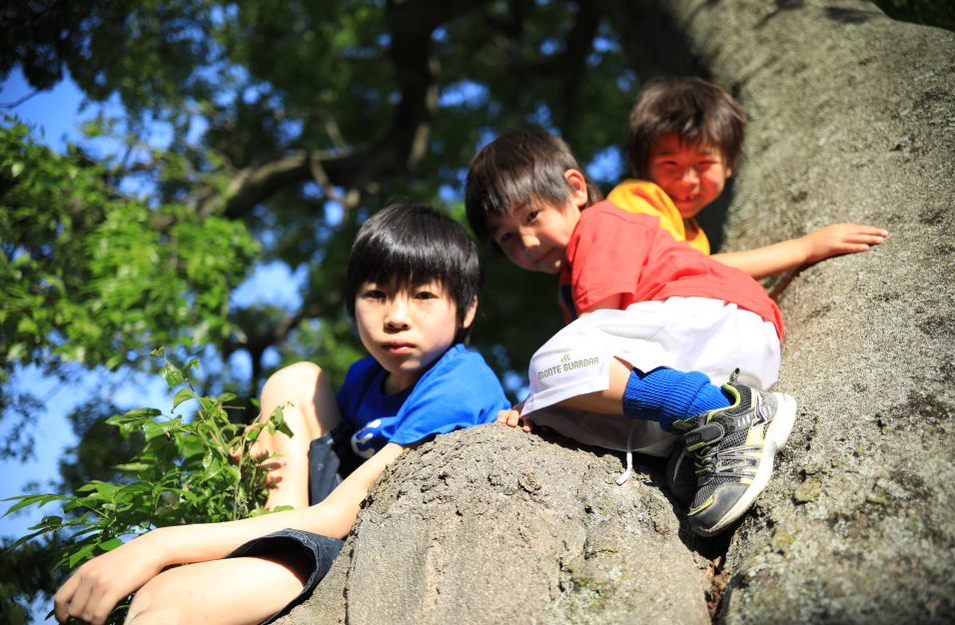 When Yuki became aware of the hereditary nature of Fabry, she feared for her children. Her thoughts turned to her grandmother who died young from a stroke. Did she have Fabry as well? People simply did not talk about these things. 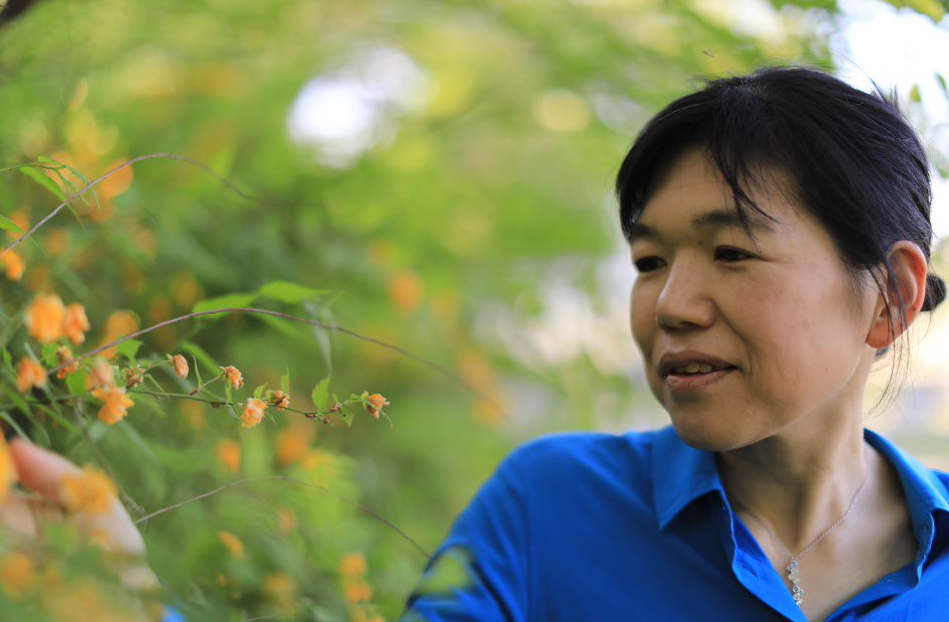 When their boys were little, the whole world looked bright. Junji and Yuki had never heard the word Fabry and didn’t know anything about the hereditary disease that would change the course of their lives. 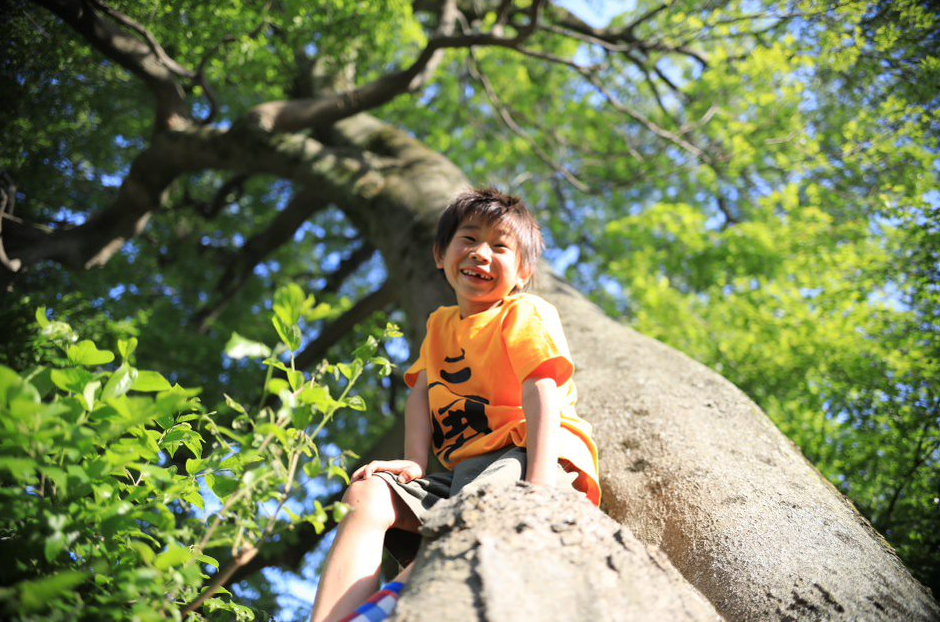 All three children currently experience pain and numbness in their limbs that is starting to limit their physical abilities. Yuki and Junji make deliberate efforts to teach them what they can do, as opposed to what they cannot.

When Junji and Yuki were both 24 years old, they fell in love in a most unlikely place: a fire station. Junji, a well-regarded firefighter known for his dedicated work ethic and athletic skill, met Yuki the day she started working at the same department. They married within one-and-a-half years and were eager to build a family. When their boys were little, the whole world looked bright. They had never heard the word Fabry and didn’t know anything about the hereditary disease that would change the course of their lives.

“Fabry runs in my mother’s family,” Yuki explains. However, nobody was aware of this until Yuki’s brother began showing severe symptoms as an adult. “My brother had numbness in his legs when he was young. We thought they were growing pains.” However, when he was 40 years old, Yuki’s brother’s symptoms worsened significantly. “As an adult, he was always very tired and had bad headaches,” Yuki explains, “but he was too busy to go to the hospital. He had several strokes and renal issues. When he started to lose his memory and have problems at work, they did tests on him and he was finally diagnosed with Fabry. He had to quit work soon after. He lives at home by himself now, but he cannot do things alone. He cannot even recognize simple things like a traffic signal turning red.”

As her brother’s health declined, so did her family’s conversations about him. Although family members took care of his physical needs, nobody spoke about the illness that was behind it. Watching her own family’s reaction to her brother’s physical and mental decline was a lesson in the harsh cultural stigma surrounding hereditary disease in Japan. Yuki explains that hereditary disease is a taboo subject and some people still hold beliefs that one’s illness stems from one’s own doing. When Yuki’s mother was alive, she was ashamed of her own son’s illness. “My mother lived close to my brother in Hiroshima. She saw him getting worse and worse. She told me if she had known about this disease, she would not have had children. She told this to her own daughter!” As her brother worsened, her mother also avoided explaining what she must have known: that the disease her brother had was hereditary. “My mother’s perspective about disease was based on society’s perspective.” 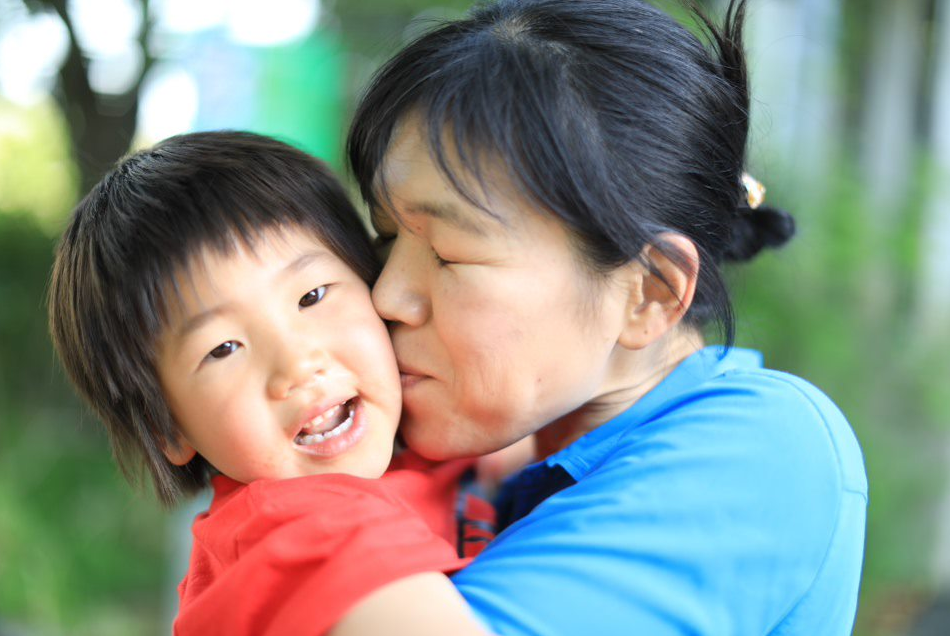 When the family went in for genetic testing, it was found that Yuki and her three eldest boys all tested positive for Fabry.

When Yuki became aware of the hereditary nature of Fabry, she feared for her children. Her thoughts turned to her grandmother who died young from a stroke. Did she have Fabry as well? People simply did not talk about these things. When Souto, her eldest son, first started experiencing symptoms, it was like unravelling a family secret. “I was called by a school nurse. He was in so much in pain. We checked for mental and neurological causes for the pain and found nothing. We were wondering what it could be. When I recalled that one of the symptoms of Fabry was severe numbness and pain, I thought, ‘Could this be it?!’” The family went for genetic testing. It was found that Yuki and her three eldest boys all tested positive for Fabry. Yuki and Junji were devastated. “When we got our test results back, we were told that one of the genes in the DNA was not right. It’s like one difference in a huge ocean of DNA.”

Yuki herself has not experienced many symptoms of Fabry, but the pain of watching three of her sons suffer is almost worse.

All three of them currently experience pain and numbness in their limbs that is starting to limit their physical abilities. Yuki and Junji make deliberate efforts to teach them what they can do, as opposed to what they cannot. “Due to numbness,” Yuki explains, “they cannot play soccer during the hot summer days anymore. So we switched them to ping-pong. These are things we can do to adjust to their needs.” Yuki and Junji also stay on top of the latest medical treatments for Fabry. The two oldest sons receive enzyme infusions.

While Yuki still worries her sons’ Fabry may progress, she is thankful that the infusions are working well for them and that their diagnosis came much earlier than her brother’s. She and Junji stay positive, despite their fears. “If you think about fear, this disease can take you down. I am afraid when my thoughts spiral.”

Yuki’s trust in God brings her mind and heart into the present moment. “Anyone can go down a dark path, but I don’t think this is the point. What you can worry about tomorrow, leave for tomorrow. Focus on now. I believe that things in life happen for a reason and that God has given us this particular life because He has a plan.”

Yuki expounds that Fabry, despite its challenges, has brought her family many gifts. As a member of a local church and several community groups, Yuki credits Fabry with bringing important people into her life with whom she can speak openly. Together, she hopes they can create a paradigm shift in how Japanese society approaches hereditary disease. “Japan is still a closed society,” explains Yuki, “People may point their finger at you for having Fabry. But now it is time to be international and more open—it is time to collaborate with the world.”

Yuki has grand plans to break Japan’s cultural silence surrounding genetic disease. She has many creative ideas about how to educate people about genetics including creating books, toys and games that teach people about how DNA brings forth life in all its wondrous forms. She even envisions fashion and accessories with designs inspired by genetics. “I want to send a message that DNA is an amazing plan that we were given from God.” She has a personal investment in this—she worries how people will treat her sons as they grow older, and wants to remove any stigma that would negatively impact their eligibility for good jobs or getting married. “Families are starting to accept genetic disease,” she says. “So that’s a step in the right direction.”

While no cure currently exists for Fabry disease, Yuki and Junji hope to work with pharmaceutical companies and the general public to help educate and advocate for medicines that target rare diseases. “I am very thankful for any company that will make medication for us. I appreciate it and I want the companies to know about us patients, too.” Junji also looks forward to the outcome of medical research. He is confident that medical advances will occur within his children’s lifetime so that they, and others with Fabry, will be able to lead healthy and productive lives. When he thinks about his boys, he laughs, affectionately calling them “messy, unfocused little rascals” and he hopes to keep them this way—happy and healthy enough to climb up on his shoulders and look out at the world as a place of infinite possibilities. By talking openly about Fabry at home and in public, Yuki and Junji plan to break down the barriers and stigma about disease in Japan and in turn, provide their children with all the blessings the world has to offer.