Pompe has taught me to be grateful for what I have. It’s taught me to be patient. To be more aware of other people and their needs. And to appreciate others. People are the same, whether we have a disability or not. Everybody is human. People have different challenges, and that’s ok. 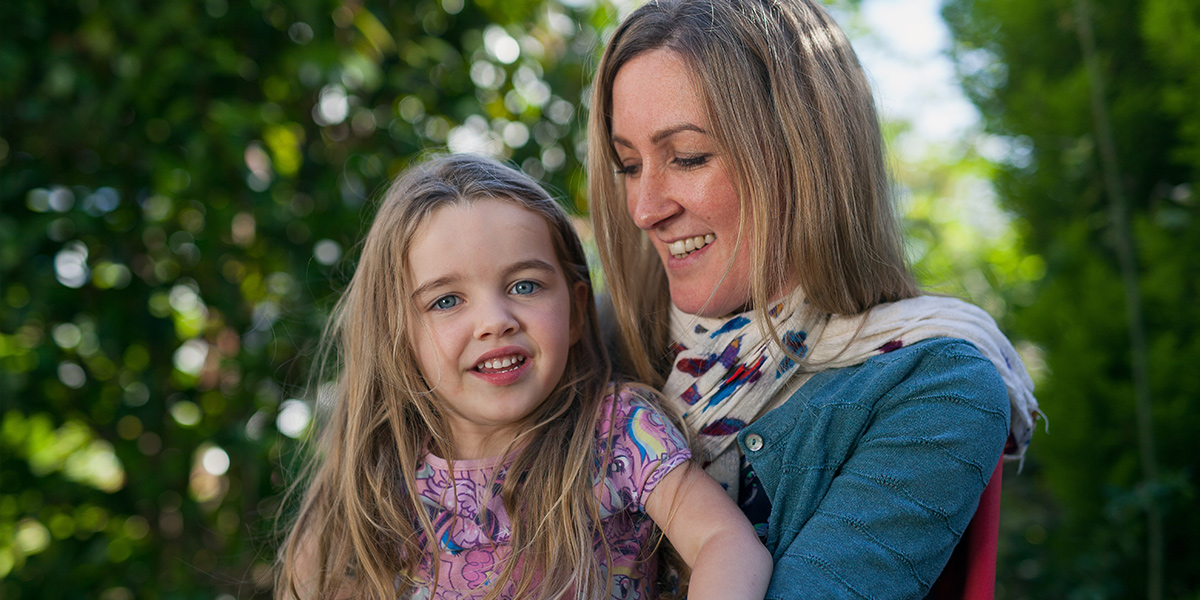 As a teenager, Sam was very active, doing everything from ballet to sailing. But she often had hip pain and was chronically tired. She went to doctors often, but was always told that she was fine. In her early twenties she took up horseback riding, but noticed that she never had the strength in her legs to get up on the horse like the other riders. And that after a minute or two of cycling her legs would give out. Still, Sam did not realize there might be a disease behind these issues. “I just thought I wasn’t very good at stuff,” she says.

Then one late night Sam lost her vision and it didn’t return for ten minutes. This terrifying experience led Sam on a journey to finally being properly diagnosed. The diagnosis was devastating at the time, and Sam was sent into a place of great darkness. But with the support of her family and her partner, Stuart, and the strength of her own inner light, Sam has now come into a new relationship with her body and Pompe. “Now I know it’s not me that’s the problem, it’s the disease.”

One of the biggest ways Sam gets on with her life is by going to yoga regularly. “I could go on and on about yoga,” she says, laughing. “I feel much kinder towards my body now. I don’t think my body is rubbish anymore. Just because some parts don’t work doesn’t mean other parts don’t.”

Coming into a new relationship with her body and this disease has enabled Sam to now be in a supportive role for others living with Pompe.

Over the years, Sam has found many creative ways to work with the limitations of Pompe. One of the biggest hurdles she had to jump was figuring out ways to get her daughter’s needs met. Although the pregnancy with and birth of Poppy was straightforward, there were moments of extreme challenge in the first year of Poppy’s life. “I couldn’t stand. I couldn’t lift her [from the crib]. I was dependent on Stuart to get her at night and bring her in to be fed.”

Since then, Sam and Poppy have figured it out together, like the way Poppy knows she has to first climb on the couch if she wants Sam to pick her up. “I always felt like we were really in tune,” Sam says. 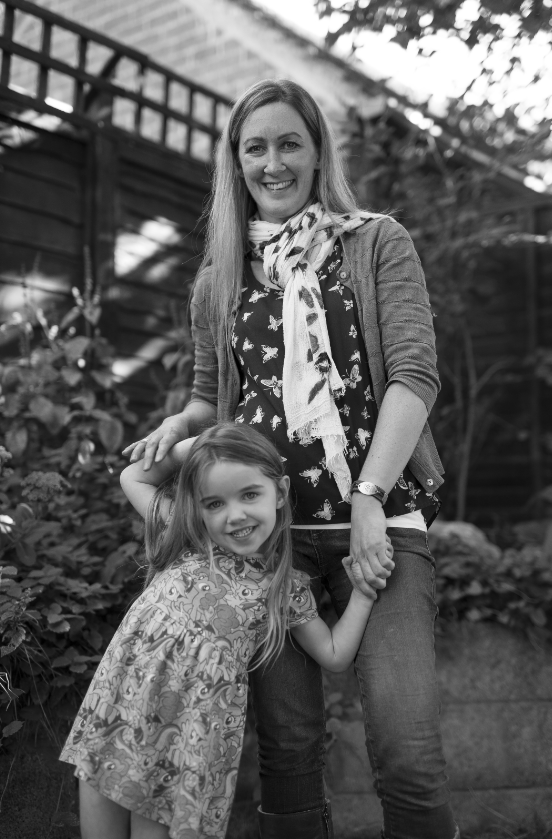 Sam works as an occupational therapist, specializing in treatment for chronic fatigue patients. Though she enjoys her job, getting up some days is hard and painful work. She is often in a lot of pain. “Pain is one of those things other people can’t see. But you’re in agony. It’s quite hard to communicate that to other people,” she says. “My life is hard sometimes, but I refuse to complain about any of it. I’ve got a disability but I don’t see myself as having a disability. I just get on with my life.”

Coming into a new relationship with her body and this disease has enabled Sam to now be in a supportive role for others living with Pompe, who are perhaps going through the darkness that Sam once went through. Together with members of the Pompe community, Sam has organized support teams who are in touch with patients immediately after diagnosis. They keep in touch via Skype, answering questions and sharing stories. Also with her Pompe friends through the Association Glycogen Storage Disease UK (AGSD), Sam is working on a book, 101 Tips for Pompe Disease, which will be a compilation of contributions from people all over the world who are living with Pompe. “It will be done soon,” she says with a smile. “Fingers crossed!”

Sam’s optimism doesn’t just pertain to the completion of her book — it is threaded through everything she says and radiates from her wide smile. She hopes to have another child, and to continue supporting others with Pompe and educating about the disease. “Pompe has taught me to be grateful for what I have. It’s taught me to be patient. To be more aware of other people and their needs. And to appreciate others. People are the same, whether we have a disability or not. Everybody is human. People have different challenges, and that’s ok.”