There was a room full of doctors. I was alone. They were telling me they were sorry. They weren’t expecting him to live. 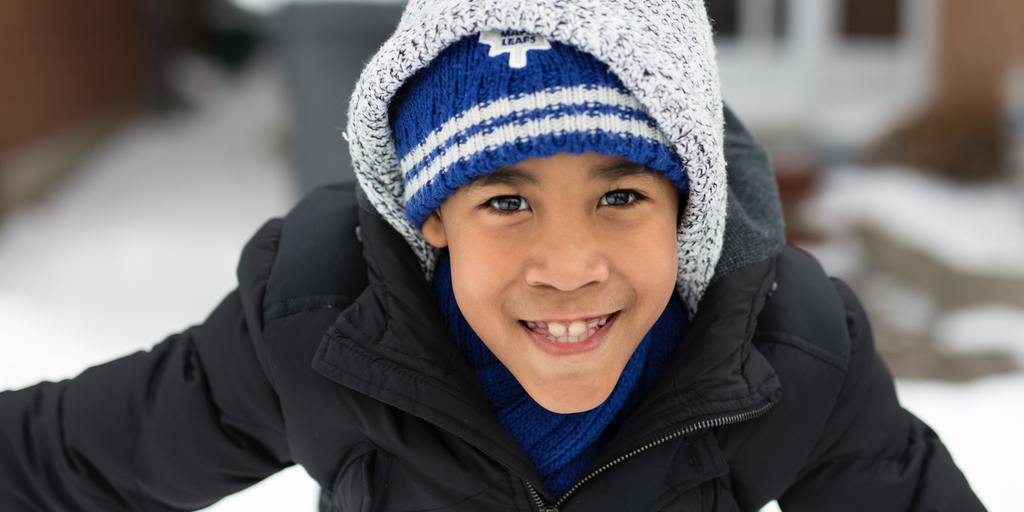 Winter weather has arrived and for Noah this means he must stay indoors—virtually all the time. “He can go out for a minute maybe,” says his mother, Tricia, from the family’s home in Whitby, Ontario, a suburb of Toronto. “We’ve learned. When he was outside for too long, the next day he has a fever.” Noah was born with Pompe disease, a rare, inherited lysosomal disorder that affects several body systems, including his muscular and respiratory health.

“It’s a big weight on my shoulders,” says Tricia. “When it comes to decision making with Noah, I’m on my own. I have to do what’s best for him.” Even when it is not easy, she is forced to limit his physical activity.

As a single mom, Tricia already had a full plate before Noah was diagnosed with Pompe. She raised an older son, Daryn, and daughter, Malaika, who still lived at home when Noah came along. She worked as a pharmacy technician and with some help from family members and neighbors, had been able to get by.

Noah was born healthy. However, complications soon arose. Noah began getting sick from his baby formula, so Tricia exclusively breastfed him, but his developmental milestones were delayed. Doctors seemed relatively unconcerned. “They said, ‘we’ll just wait and see,’” she remembers. 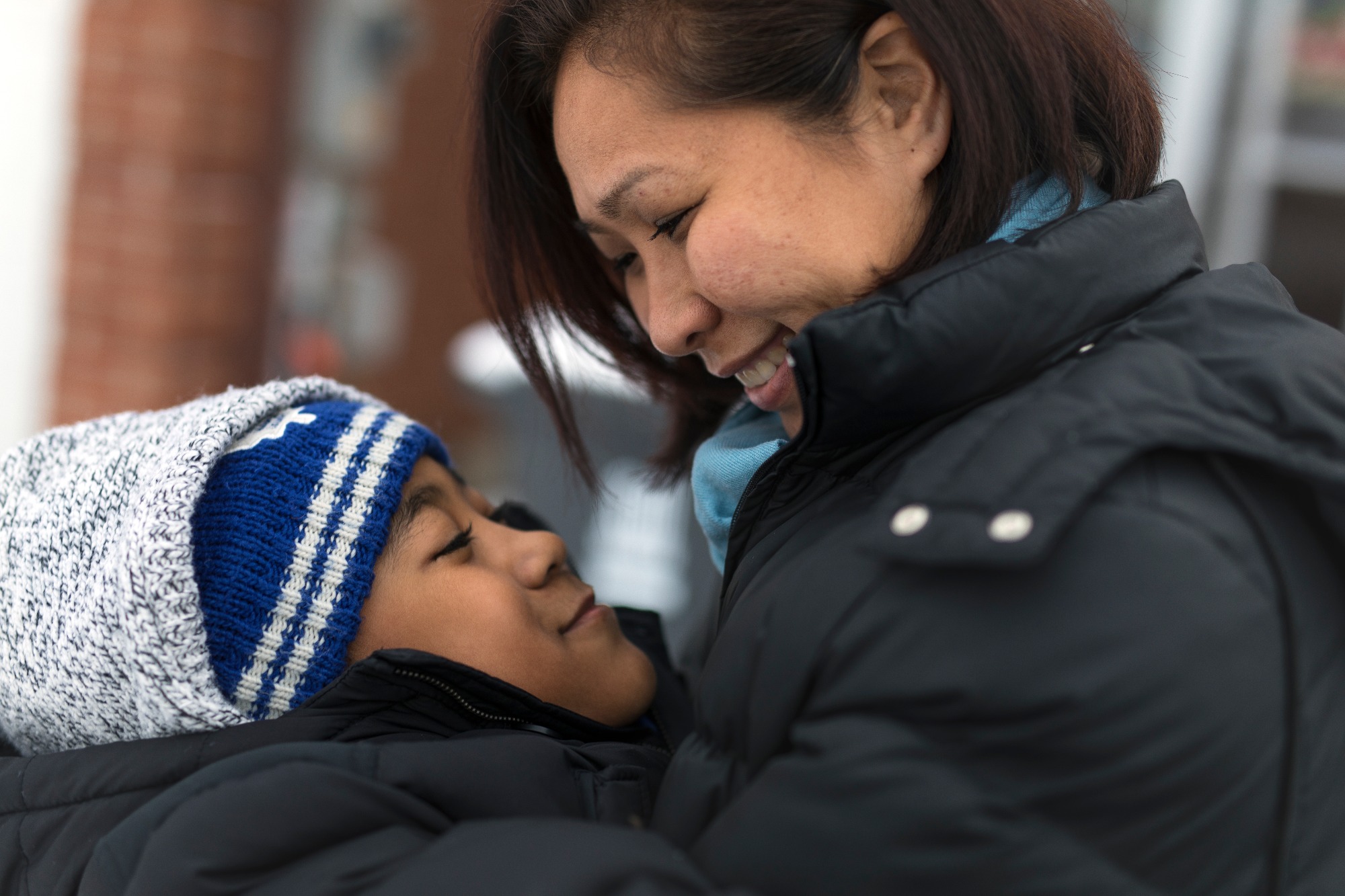 As a single mom, Tricia already had a full plate before Noah was diagnosed with Pompe.

Around a month before Noah’s second birthday, he was admitted to the hospital and diagnosed with respiratory syncytial virus. During his recovery, a doctor noticed that Noah’s abdomen was distended. “They ordered an ultrasound. When that came back they were quite alarmed.” Noah’s heart and liver were both abnormally enlarged.

Noah was transferred to a larger hospital in downtown Toronto as geneticists ran additional tests. After three weeks they evaluated his acid alpha-glucosidase (GAA) enzyme activity and officially diagnosed him with Pompe. The buildup of tissue around his liver and heart were results of the glycogen accumulation from insufficient enzyme activity. “I didn’t know what to expect,” remembers Tricia, who was overwhelmed. “There was a room full of doctors. I was alone. They were telling me they were sorry. They weren’t expecting him to live. 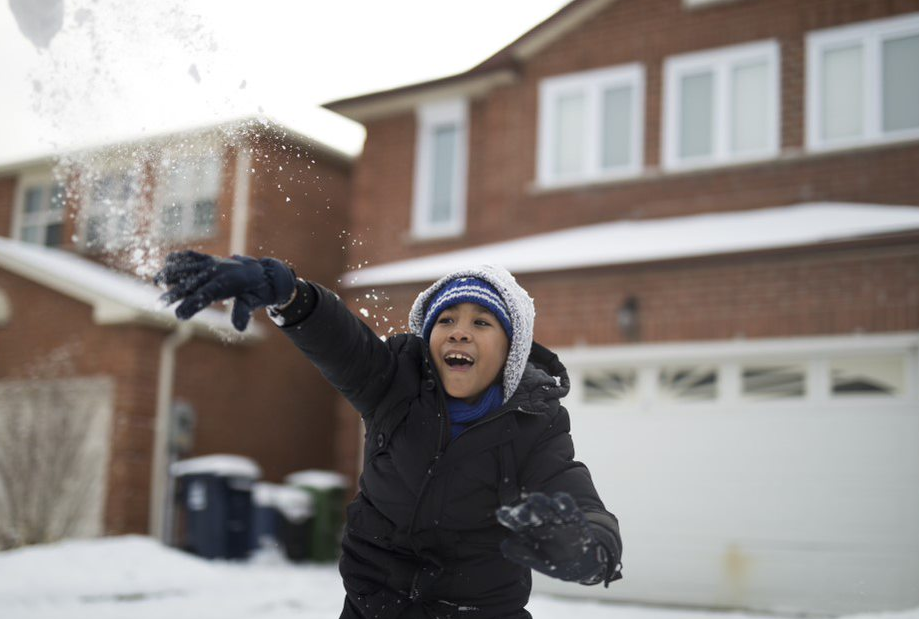 But Tricia never considered giving up on Noah. “When I found out what it entailed—how many doctor visits I would need to attend—I quit my job” Her days became laden with trips downtown to get Noah set up for treatment.

Despite an unrelenting schedule, Noah’s condition was stabilizing, bringing substantial relief to Tricia as well.

One large obstacle that remains is his social life. Noah is often met with a damaging portrayal of “otherness,” as he has struggled from exclusion and bullying in school and at local parks. However, like his mother, Noah resiliently fights this alienation with his own gestures of love. “He loves to give hugs,” says Tricia. “If he’s not giving his teachers at school a hug, they know something is wrong.” Noah also tends to find better social connection with peers in special education, older kids, and adults.

Noah has also sought additional support to navigate his school day. “I was apprehensive to get a wheelchair for Noah,” remembers Tricia, who was worried that a chair would negatively affect his development. However, the wheelchair has helped Noah conserve his energy, has not decreased his mobility, and has actually helped with social stigmas. “Now people hold the door for us,” relates Tricia. “Of course, they get confused later, when they see him spring out of the chair and start running around.”

Today, a fresh blanket of snow covers the front yard of the family’s home. When Tricia finally agrees to let Noah go outside, he’s nearly out the door. Tricia pulls him back by the collar, helps him to dress warmly and then lets him loose to explore the winter wonderland. “Watch this,” he cries out in an excited, high-pitched voice. Noah free falls onto his back, landing in a snow angel formation. He glides his arms through the snow, leaving his unique impression. Then, with both hands he forms snowballs and hurls them at his nearby siblings, all the while grinning his signature smile.

Rising from the gauntlet of difficulties that come with a rare disease is the fact that Noah has an incredibly supportive family, anchored by Tricia’s unwavering devotion as a mother. Despite the hours of stress and trepidation, she is grateful for what time this journey has afforded her. “Before Pompe, I always worked,” she says. “I never had time to spend with the kids. I look at this as a way of spending time with them, even though it’s not always playful.” While saying this, she’s dodging an onslaught of Noah’s snowballs, most of which explode in the air before ever making contact with their intended target. “Look at how happy he is,” Tricia remarks as a ball of snow strikes her shoulder. Noah bursts into laughter and the sounds of his joy spread wider than the spray of fresh snow.