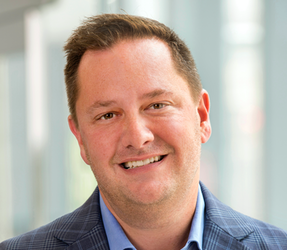 David Clark is the Chief People Officer at Amicus Therapeutics. David has been a leader in human resources and talent development for more than two decades. His expertise is in leadership development, performance management, driving business results and large-scale complex change.

David joined Amicus in October 2018 after two years as Vice President of Global Human Resources at Alibaba Group in Hangzhou, China. Prior to that, David spent eight years at American Express, where he was Senior Vice President of HR and Chief Learning Officer. While there, David was a senior HR Business Partner and led the transformation of learning and leadership development and performance management.

Previously, David was a Commissioned Officer on the White House senior staff. As Deputy Assistant to the President of the United States, he led the recruitment and development of the 4,000 most senior leaders in the U.S. government.

David received a B.S. in political science from Indiana State University. He is an Eagle Scout and serves on the National Executive Board of the Boy Scouts of America (BSA). David is also the Chairman of the Board of the Make-A-Wish Foundation of America.

❮ Back to Senior Management Team