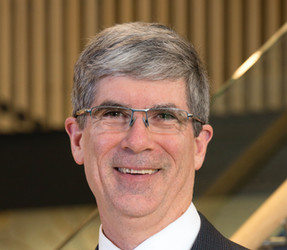 Craig A. Wheeler has served as a member of our Board since June 2016. Mr. Wheeler is the Chief Executive Officer of Headwaters Biotech Advisors, where he serves as an advisor to executives in the Biotech industry. Previously, Mr. Wheeler was President and Chief Executive Officer of Momenta Pharmaceuticals, Inc., where he also served on the Board of Directors. He led Momenta through the launch of its first complex drug products, including the first generic versions of LOVENOX® and once-daily COPAXONE®. Prior to Momenta, Craig worked at Chiron Corporation as President, Chiron BioPharmaceuticals (now Novartis Vaccines ↦ Diagnostics). Prior to joining Chiron, Craig was a senior member of The Boston Consulting Group’s health care practice and worked extensively in the health care sector with focus on pharma and biotech, particularly in regard to corporate and R&D strategy. Mr. Wheeler began his career at Merck & Company Inc. in the MSDRL research unit, where he served as a senior engineer in process development and at Hybritech as a financial analyst. Mr. Wheeler previously served for nine years as the Chairman of the Board of Avanir Pharmaceuticals where he helped oversee the transition of the company from a research-based platform to a fully integrated CNS pharmaceutical company until 2015 when it was acquired by Otsuka Pharmaceuticals for $3.5 billion. He also served as GPhA’s Chairman of the Board of Directors from 2014 to February 2016.

He holds a B.S. and an M.S. degree in chemical engineering from Cornell University, and an M.B.A. from the Wharton School of the University of Pennsylvania.

Mr. Wheeler serves as chair of the Science and Technology Committee and as member of the Compensation and Leadership Development Committee.