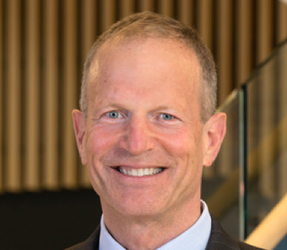 Mr. Whitman has served as a member of the Board since 2019.  Mr. Whitman has served as Chief Executive Officer of Colmar Holdings, a private investment company since 2019. He also serves as a member of the Board of Directors of Omega Healthcare Investors; Board of Directors of the Marine Corps Heritage Foundation; Board of Trustees of The Lovett School; and the Reserve Forces Policy Board.  Previously, he served as Chief Executive Officer, Health Management Associates (Fortune 500, sold); Chief Financial Officer, Triad Hospitals (Fortune 500, sold); President, Deerfield Healthcare (private, sold); Vice President, Almost Family; and Investment Banker with Morgan Stanley.  Concurrently through 2018, he served as a reserve Major General and the senior reserve officer of the United States Marine Corps, capping 33 years of service which included active duty during 1985-88 and 2009-18 when he served with the Secretary of Defense, led multiple deployments, and was Commanding General of Marine Forces Reserve and the 4th Marine Division.  For civil society, Mr. Whitman previously served on the Boards of the Federation of American Hospitals, Toys for Tots Foundation, Marine Corps University, and on the Founders Group of the National Museum of the Marine Corps.

He holds an M.B.A. from Harvard Business School, a Master of Strategic Studies from Army War College, and a B.A. from Dartmouth College.